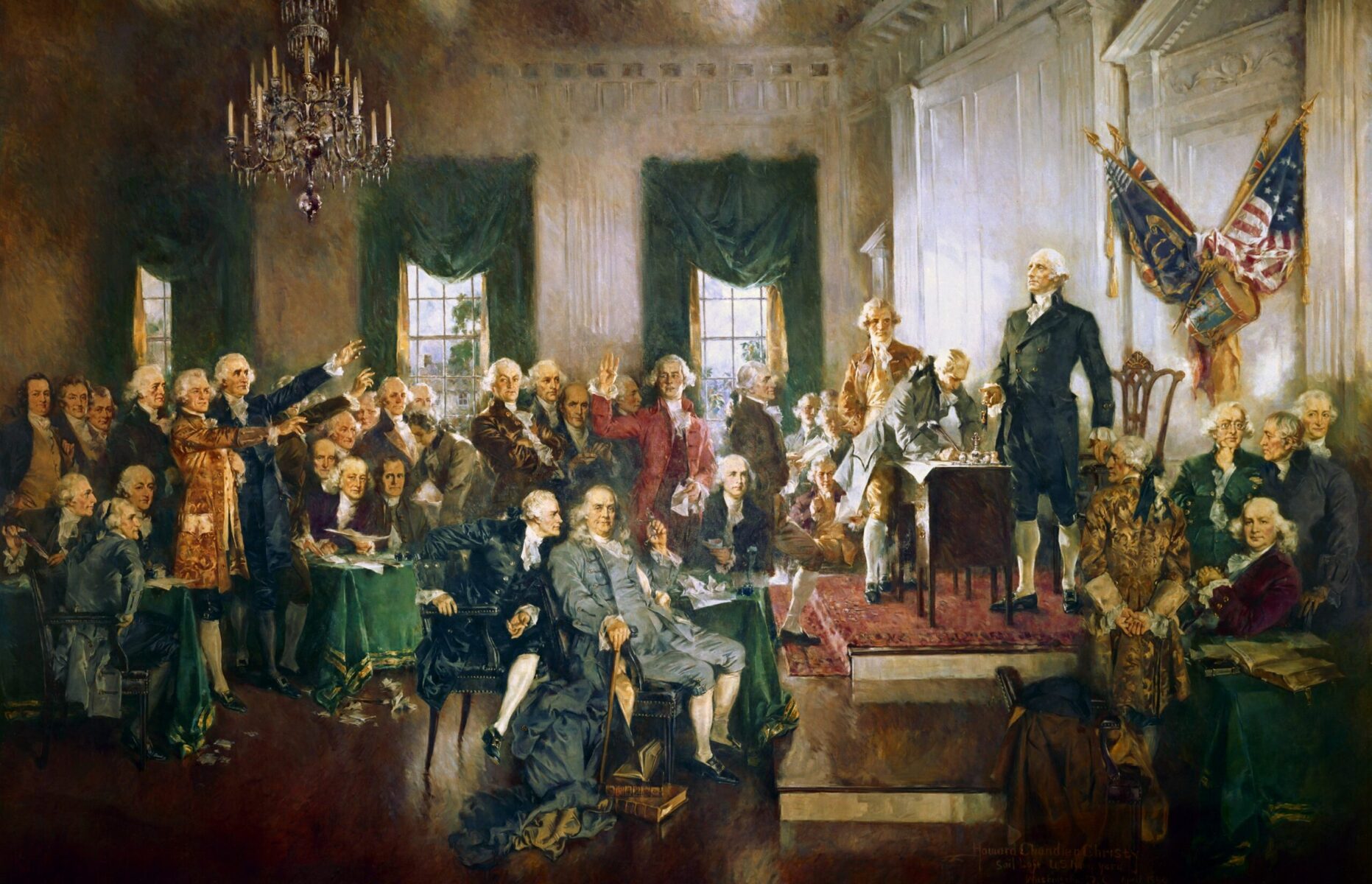 In 1976, I celebrated my 6th birthday while my native country celebrated its 200th. It was many years before I realized that one of us had been somewhat premature.

The truth is that in 1776, the United States was only an idea. The War for Independence had just begun, not to end for another five years, and the legal basis of government–the Constitution of the United States of America–would not go into effect until 1789. It was in that latter year also that the first regular session of Congress met (April 6th), that George Washington was inaugurated as our first president (April 30th), and that the Supreme Court was created (September 24th). Surely, then, the United States should consider 1789 to be its year of birth. Yet there was no bicentennial celebration in 1989.

Why does ’76 get all the attention? Because, as every red-white-and-blue-blooded American knows, that was the year in which we announced our desire for freedom. That was the year in which the idea of the United States was born—a powerful idea expressed in a powerful document: the Declaration of Independence. Most everyone knows 1776, and many can rattle off "We hold these Truths to be self-evident, that all Men are created equal, that they are endowed by their Creator with certain unalienable Rights, that among these are Life, Liberty, and the Pursuit of Happiness." But how many know of 1789 or can quote from the Constitution?

Even that immortal line has its problems, though—in retrospect. Two hundred and some-odd years later, we can see that the majestic vision of its authors was, unsurprisingly, limited. Who has the prescience to foresee two centuries of development and change?

Were the Declaration of Independence to be written today, at least three changes to that sentence would have to be made. In deference to the equality of the sexes as well as the separation of church and state, we might wish to write something along these lines:

We hold these truths to be self-evident, that all humans are born equals; that their being entitles them to certain inalienable rights; that among these are life, liberty, and the pursuit of happiness.

There is, however, no earthly reason to change the Declaration of Independence. It is a historical document only and does not directly affect our lives. The same cannot be said of the Constitution; though just as archaic, it is still alive and plays its part in every legal decision of every court in the land.

It should come as no shock that the Constitution is out of date. Within a year of its ratification, it was recognized to be incomplete. The Bill of Rights—ten admissions that the Constitution was lacking—were submitted to individual states in 1789 and took force two years later. Sixteen other amendment have followed, each acknowledging the effect of time on the law of the land. The result today is a patchwork quilt of contradictory and outmoded rules that no untrained citizen can remember or, often, understand.

In order to thrive, any organism must evolve; and if we harbor any love for the remarkable law that makes our land unique in the annals of history, we must help it grow with us. We live in an era undreamt of by our ancestors; and we owe it to ourselves and our progeny to live by a code that reflects the present and future, not the past.

It is time to rewrite the Constitution.